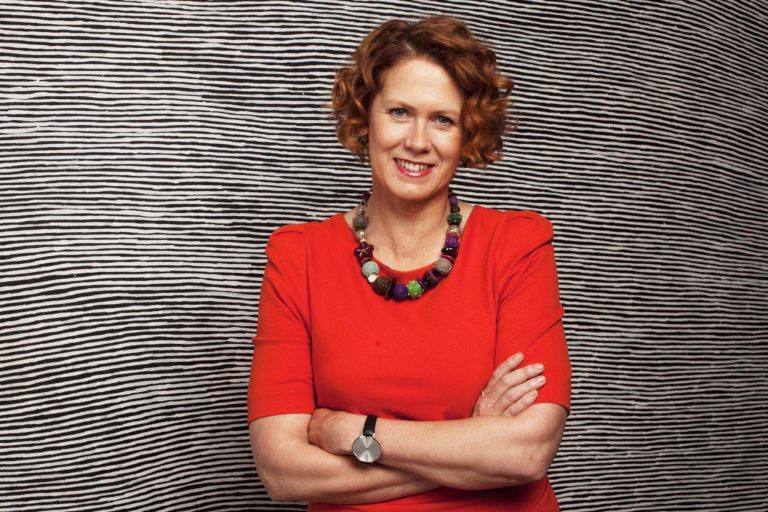 Every once in a while a museum director leaves a mark in the cultural life of an entire city. Such is the case of Elizabeth Ann Macgregor, an internationally renowned art curator, and museum director, who has led the Museum of Contemporary Art (MCA), in Sydney, for 22 years. During her tenure, Macgregor attracted new audiences to contemporary art and turned the MCA into the most visited contemporary public art gallery in the world. Let’s look at the legacy that Macgregor will leave behind once she steps down from her role next October.

Born in Dundee, Scotland, from a young age Macgregor was passionate about art history and museum studies and was attracted to the educational side of art. Following this interest, Liz, as everyone knows her, started her career as curator and driver of a converted bus that took traveling art exhibitions around her birth country. After that gig, Macgregor continued her ascent within the art world and acted as Director of the Ikon Gallery, a prestigious UK gallery known for its educational programming. After that role, her Australian journey began in 1999 when she took up the directorship of the MCA.

Macgregor recalled her first years in the position at the MCA were a hardship. While she appreciated the eclectic local art scene, she soon figured out she had taken the reins of a museum facing bankruptcy that received fewer than 100,000 visitors a year! Adding on, over the years Liz faced a lot of gender biases and was astonished to see her wardrobe choices made headlines. Nonetheless, Liz took on the many challenges of her role straight on and proved to be an extremely talented leader with a business-like mindset, an advocate for indigenous and multicultural artists, a relentless negotiator, and an expert in fundraising.

But, how exactly did Liz turn the MCA into a financially healthy institution that since 2015 has attracted almost 1.1 million visitors annually? First of all, Macgregor developed a thorough financial strategy that, while involving government (30%) and private funding (70%), also focused on obtaining additional revenues through venue rental, ticketed temporary exhibitions, leasing contracts, and a nice-looking museum shop. Importantly, soon after her arrival, Liz secured a deal with a sponsor that allowed the museum to be free of admission and made sure to grant the museum’s art deco-inspired building a welcoming ambiance. “Art is complex enough without using art jargon,” she once said. This inclusive and down-to-earth approach brought a growing number of local and foreign visitors to the museum and turned it into a hot spot for Sydney´s social and cultural life.

Next to all this, in 2012, Macgregor oversaw the expansion of the MCA, which included the National Centre for Creative Learning intended to make art accessible to everyone via public programs offered within the museum walls and in different sites across Australia. These programs and partnerships have also been crucial to the museum’s improved attendance, and have often featured innovative approaches to art learning and teaching.

Last but not least,  Liz´s influence surpasses the museum´s walls. For example, for years Macgregor has been championing Aboriginal Australian Art within Australia and overseas and has continued to grow the museum’s collection, which has a strong holding of works by Aboriginal and Torres Strait Islander artists. Throughout her career, Macgregor has also been a frequent lecturer and leader of international art organizations, such as the International Council of Museums of Modern and Contemporary Art (CIMAM), and has been distinguished with a good number of awards.

Despite the many setbacks suffered on account of the pandemic, Macgregor secured more funds for the museum, opened a biennial and a big retrospective, and enabled many virtual resources for visitors. All this while also leading a government task force intended to advise on the allocation of a $250m arts bailout package. As Liz shared, the MCA´s 30th anniversary and its good shape seemed like the right time to begin a new chapter in her life. Even if, as all of us, Liz has made mistakes and stumbled along the way, it’s safe to say she will be remembered in Sydney long after her departure back to Scotland.  More so, the MCA´s case is now studied around the world as an example of how a cultural institution can reinvent itself and be sustainable.

Three inventions that changed the course of art