The ongoing battle for the restitution of Aboriginal cultural heritage 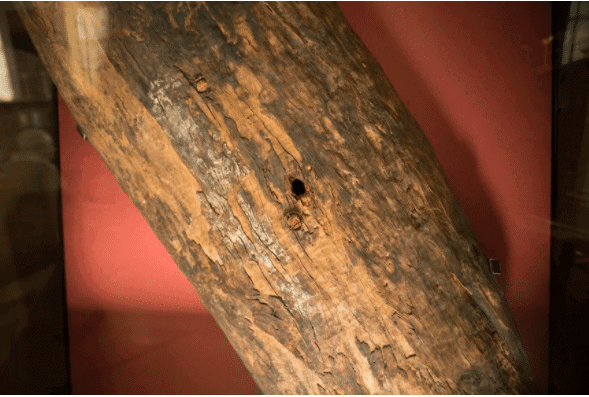 Around 100,000 Aboriginal or Torres Strait Islander cultural artifacts and human ancestral remains form part of foreign institutions and private collections. Some of them were looted upon James Cook’s arrival to Australian soil in 1770 while many others have their own stories to tell. For years, Australian authorities and descendants of the Aboriginal cultures have been fighting for the restitution of these objects. What is the current state of restitution efforts in Australia?

Even if art restitution or repatriation claims have been around for some time, recently they have rekindled on a global scale with many countries and individuals trying to regain ownership of material culture that was once theirs. These claims are also backed up by diplomatic and political pressure resulting in the return of some of these artifacts. Some countries, like France, have taken the lead in the return of looted artifacts in that case mainly to African countries. However, many others remain adamant in their refusal for such returns.

Within Australia, although restitution claims were made in the past by descendants of the Aboriginal groups or authorities, it was until 2018 and, more strongly, during 2020 when the government committed A$10.1 m over four years to support the return of Aboriginal and Torres Strait Islander cultural heritage resting at institutions or private collectors to its traditional owners.

Up to this date, around 2000 artifacts have been returned to Australia. Most of them were located in public collections but some others rested in private hands. Among the recent restitution’s, in 2019, 40 objects were returned from the Illinois State Museum in Springfield. Also, the Ethnological Museum in Berlin said it would return the human remains of indigenous Aboriginals to Australia. One of the most important returns was made by the Israeli Museum, who agreed to return 1800 Aboriginal artifacts gifted to the institution by a German collector back in the 1970s.

While these results are fairly positive, there is still little hope for the return of the more than 6,000 invaluable artifacts resting in the British Museum Indigenous Australian collection, many of which were looted. For many years the museum has been criticized for its unwillingness to engage in repatriation discussions. Although this is true, the 25 Museum´s Trustees are actually tied by a 1963 UK law called The British Museum Act (dating back to 1753) that forbids them to authorize the repatriation of objects.

Turning back to Australia, one symbolic object lies at the center of the British Museum´s controversy. It is the 250-year-old shield known as the Gweagal Shield, a sacred wooden shield that many believe tells the story of James Cook’s arrival in Australia and the resistance of Aboriginal tribes on the frontier. Many requests have been made for its restitution, especially by Rodney Kelly, a mediatic Dharawal and Yuin man that has traveled to London repeatedly to advocate for this matter without success. Up to this point, the museum has considered a long-term loan could be “perhaps” orchestrated, but this is nothing new since the shield already traveled to Australia in 2015 to be displayed at The National Museum of Australia.

We will most likely continue to see many more headlines talking about the restitution of cultural artifacts to Australia and elsewhere. Hopefully, one day The British Museum and other institutions will rethink their diplomatic strategies and laws will be amended to allow the return of at least some part of their immense patrimony to their rightful owners. The thing is that, if the museum agrees to return one piece, it would need to sign off to the countless other demands piling up from different countries and individuals. We cannot help but wonder: How many works would remain in its collection and in many others if this happens?