Thomas Jung: an influential figure for the world of movie posters 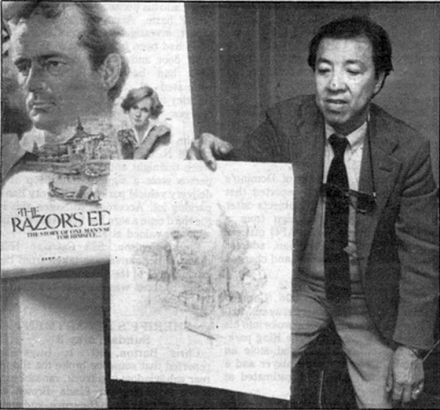 Throughout the second half of the 20th century, a handful of graphic artists and illustrators dramatically impacted the world of movie poster design. Such is the case of Thomas Jung, a Chinese American poster artist who during the 1970s and 1980s created iconic posters that nowadays are cherished by vintage poster collectors around the globe. Let’s look at Jung´s long-lasting career and see how his posters created a distinctive aesthetic for cult films like Star Wars.

Thomas Jung (b.1942, Boston, US) was born into a showbiz family and, from a young age, loved to draw and was a frequent movie-goer. Following his passion, Jung enrolled at the School of the Museum of Fine Arts in Boston. After serving some time in the US Army, in Fort Jackson (Columbia, SC), where he also contributed as an editorial cartoonist and illustrator, Thomas settled in New York City and worked as an illustrator and art director in a freelance capacity for well-known advertising agencies. However, Jung´s long-lasting involvement with the film industry came until 1958 when he was hired by Ben Adler Advertising Services Inc. to redesign foreign film advertising campaigns for the American audience. For example, he was behind the US adaptation of the visuals that introduced Federico Fellini’s film La Strada to the US.

After that first gig, Jung never parted ways with the film industry and started to gain recognition working with important distribution companies, such as Continental, where he oversaw the ad campaigns for classic films like Room at the Top and View From the Bridge. Later on, he landed a job in Metro-Goldwyn-Mayer, and designed posters for films like Dr. Zhivago and the re-release of Gone With the Wind (1967), whose distinctive composition, later on, inspired many movie posters. Soon after, he also handled the art direction of the entire release schedule of the nearly 30 films offered by Cinema Center Films. Some of the films Jung designed and illustrated during this time, with the help of artist Vincent Marrone, were A Man Called Horse, Little Big Man, Prime Cut, and Le Mans, starring Steve McQueen.

Even if Jung had worked as an art director and designer for over 20 years, 1973 marked a breakthrough in the artist´s career given his concept artwork, which included artful portraits of Dustin Hoffman and Steve McQueen created with graphite and acrylics, was chosen for the poster of the film Papillon. After that big break, Jung was usually given full discretion to develop the concept design and illustration for many movies including copy lines and title logos. To accomplish his original designs, Jung frequently used family members as models for his posters’ characters and also used a lot of photographs depicting the lead characters of each film. Over the years, Jung´s fruitful career involved deals with companies such as  Allied Artists, United Artists, Columbia Pictures, 20th Century Fox, Paramount Pictures, and Lucasfilm Ltd.

While Jung created several posters throughout the 1970s and 1980s, some posters made him internationally famous. Such is the case of the one he created for the first Star Wars movie in 1977, referred to as the Star Wars “Style A” poster (named like that because the Hildebrandt brothers later on created the “Style B” poster). As proof of the poster´s popularity among poster lovers and Star Wars addicts, the sketches from the original concept artwork have been auctioned at Sotheby’s for USD 48,771.45 and the original poster has gone for around USD 4,000. Even if Jung´s “Style A” poster is the most famous of his posters, other posters like the one he created for the 1978 animated version of The Lord of the Rings, and the ones he created for other Star Wars films (Style “B” poster for The Empire Strikes Back,1980; Return of the Jedi re-release poster, 1983-not used) are also sought-after items.

Importantly, during the late 1980s, Jung continued to design posters, but, since the late 1990s has worked exclusively as a storyboard artist for important film production companies. Even though Jung is no longer involved in movie poster design, his art certainly left a mark in the history of movie poster making and has a cult following, especially among Star Wars fans who value the visuals and aesthetic Jung came up with, which turned into one of the most commonly identified elements of the whole franchise.