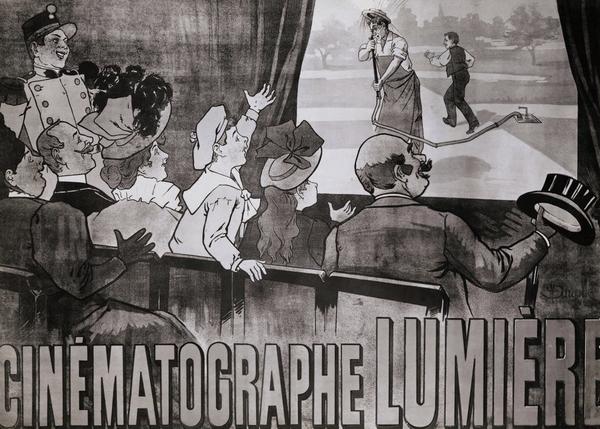 Actually, the first movie posters date back to the late 19th century, during the silent film era. While movie posters have been made before, the 1895 poster for the silent black and white film L’Arroseur Arrosé is widely considered the first poster ever designed to promote an individual film. Now, as the movie industry evolved movie posters also changed through the 20th century, and distinctive styles were created. At the same time, posters increasingly came in different formats with the one sheet size (27″ x 41″) frequently being the standard dimension of an official studio-issued movie poster.

As an example of the many changes movie posters underwent through the years, during the 1930s posters displayed an Art Deco style, and in the 1940s were imbued by post-war patriotism. Starting in the 1960s and 1970s, studios started hiring artists like Bob Peak, who created the art for Apocalypse Now, and also many posters included teen idols of the world of rock and roll. Likewise, action movies became very popular, and iconic characters, such as James Bond, were introduced. During the 1970s, photographs started playing a big role in poster design for the first time and, by the 1990s, photoshopped photographs replaced illustrations in poster making. The primacy of digitally manipulated posters marked the end of an era for  creative and one of a kind poster designs.

Importantly, while posters were widely produced for many years, it was until the 1970s, thanks in great part to the popularity of Star Wars and Star Trek, that movie fans began collecting posters from their favorite films. However, it would be until the 1980s and 1990s when vintage movie posters were seen as collectible items worth an investment and started to be sold by auction houses. During the following years the vintage movie poster market steadily grew and galleries and dealers specialized in them. As proof of this, the value of the most sought-after vintage movie posters has doubled or even tripled over the past decade with the most expensive ones surpassing the USD 500,000 mark.

Within the world of vintage movie posters, some subgenres tend to be more popular than others. For example, many collectors are attracted to early horror movie posters like the ones of early Dracula or Frankenstein films; while others incline toward Early James Bond or Hitchcock films, or toward Star Wars, King Kong films, or westerns. At the same time, some collectors are more attracted by the cinematic icons, such as Marilyn Monroe or James Dean, who appeared in the posters, or by the artist who created the poster, such as Robert E. McGinnis or Richard Amsel, author of the Raiders of the Lost Ark poster. All these factors, next to the scarcity, rarity, date, edition, state of conservation, and provenance, contribute to the price tag of movie posters. Generally speaking, the older and more popular the film, the more valuable a poster will be.

All in all, vintage movie posters are a good investment and, more importantly, have an artistic, cultural, narrative, and historic value. They once meant everything for the film industry and for movie fans. Without a doubt, many iconic movie posters portray silver screen classics easily recognized across generations. Close your eyes and think about E.T. You probably thought about the moon, hands, and bicycle depicted in the movie poster rather than in a scene from the film. Such is the long-lasting influence of movie posters.

1895 poster for the silent black and white film L’Arroseur Arrosé, widely considered the first poster ever designed to promote an individual film

Jules Chéret: how the poster turned into an art form